Launching of the trilateral cooperation project among UNICEF-Japan-Namibia 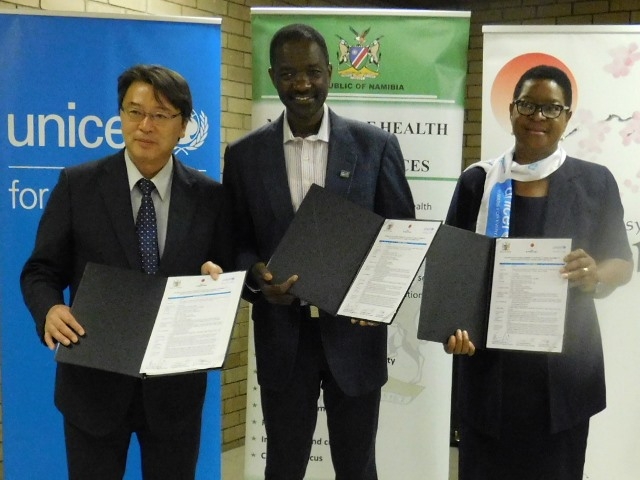 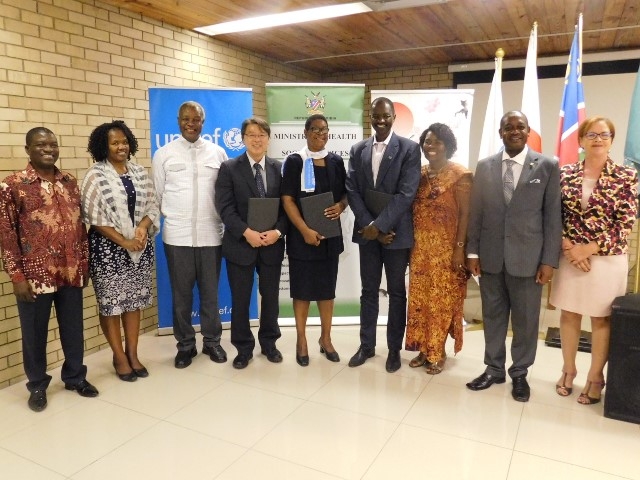 On 26 February 2018, a launching ceremony of the project entitled “Health systems strengthening to build resilience of children and their families affected by drought and flooding through multi-sectoral intervention in 7 northern regions of Namibia” was held at the Ministry of Health and Social Services in Windhoek.

The Government of Japan has funded USD 800,000, approximately 9.5 million NAD, for this project of trilateral cooperation among the Government of the Republic of Namibia, Government of Japan and UNICEF Namibia. The project is to support Namibian Government’s leadership and efforts to respond to the compelling needs of the most vulnerable population in the 7 northern regions, namely, Kavango East, Kavango West, Ohangwena, Omusati, Oshana, Kunene and Zambezi, where have been seriously affected by the negative impact of drought and flood emergencies repeated in past many years. The project aims at building resilience of the targeted population in 7 northern regions, through multi-sectoral intervention.