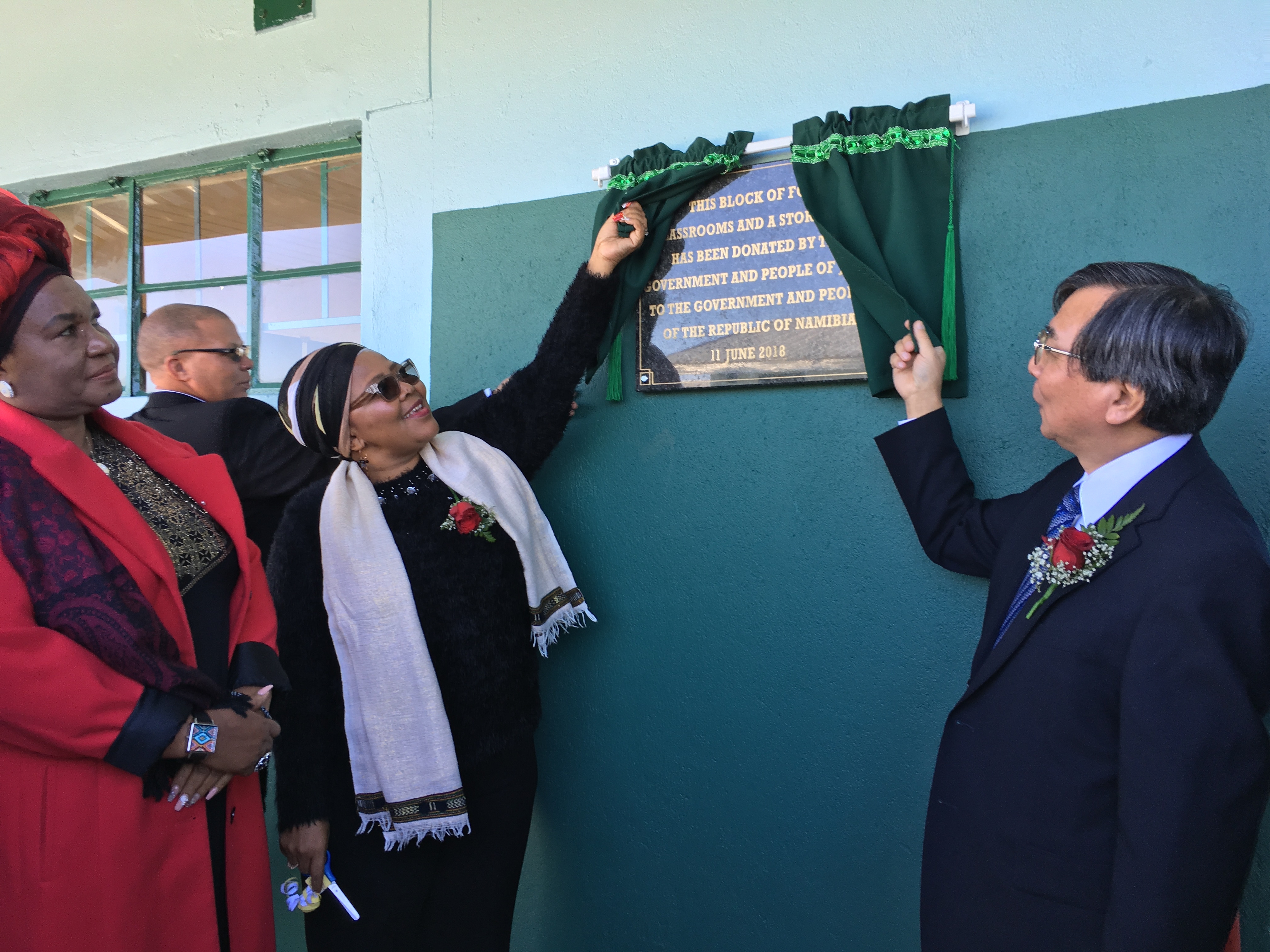 On the 11th of June 2018, a handover ceremony of a new school block which was funded by the Government of Japan through its Grant Assistance for Grassroots Human Security Projects (GGP) was held at the Moses //Garoëb Primary School in Moses //Garoëb Constituency, Khomas Region.
H.E. Mr. Hideaki Harada, Ambassador of Japan, representing the government of Japan handed over the facility to Hon. Ms.Katrina Hanse-Himarwa, Minister of Education, Arts and Culture who represented the government of Republic of Namibia.

The grant assistance amounting to NAD 833,597.20 was utilised to build four classrooms and a store room. The handover of the facility marked the last day of the platoon system at the Moses //Garoëb Primary School and all the learners now attend in the morning session under more conducive educational environment.