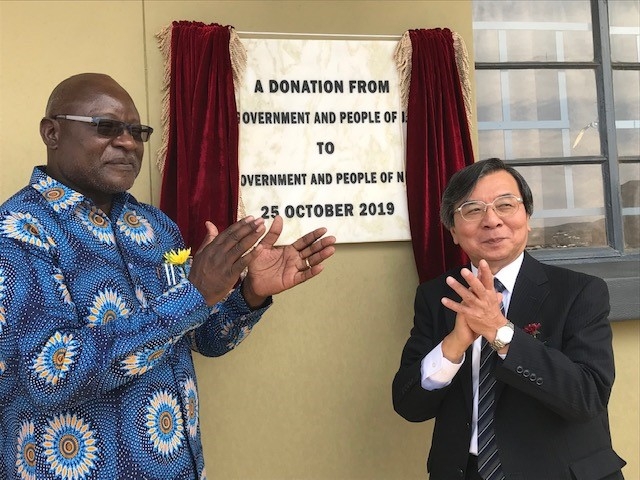 On 25th October 2019, a handover ceremony of a new school block which was funded by the Government of Japan through its Grant Assistance for Grassroots Human Security Projects (GGP) was held at Fidel Castro Ruz Primary School in Khomas Region. H.E. Mr. Hideaki Harada, Ambassador of Japan, representing the Government of Japan, handed over the facility to Hon Martin Andjaba, Acting Minister of Education, Arts and Culture who represented the Government of the Republic of Namibia.

The grant amounting to NAD 1,077,299 was utilised for building a new school block consisting of five permanent classrooms and one store room. This new school block made it possible to abolish the temporary tent classrooms, as well as to alleviate the overcrowding in the classrooms for more than 630 learners at the lower primary level to study in a more conducive educational environment.