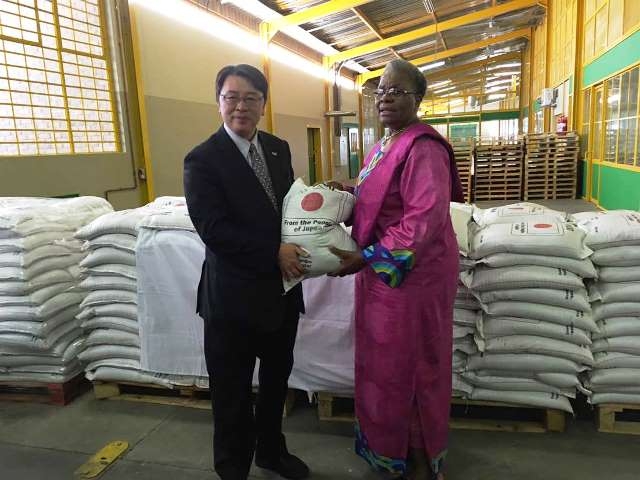 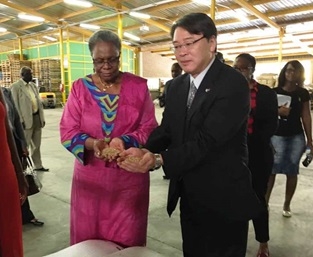 On 9th March 2018, a handover ceremony of the Government of Japan’s Food Aid, was held at the Office of the Prime Minister in Windhoek. H.E. Mr. Hideyuki Sakamoto, Ambassador officially handed over wheat, Food Aid worth 40 million JPY (about ND4.7 million), to Hon. Ms. Netumbo Nandi-Ndaitwah, Deputy Prime Minister and Minister of International Relations and Cooperation.

The Food Aid is to support the Namibian Government’s efforts on Harambee Prosperity Plan (HPP) to rescue the most vulnerable households who have been seriously affected by the negative impact of drought and flood emergencies repeated in past many years. Over 400 MT of wheat will be distributed to the needy population in the 6 regions, namely Zambezi, Oshana, Omusati, Omaheke, Ohangwena and Hardap.