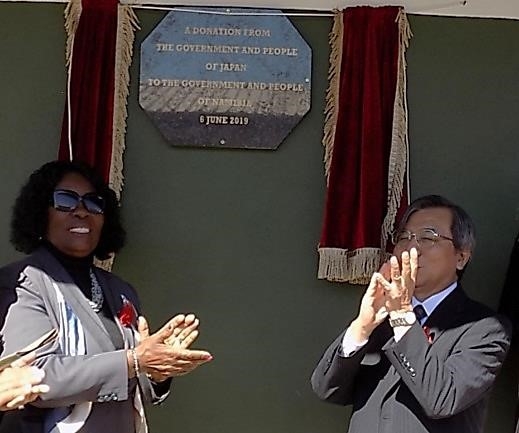 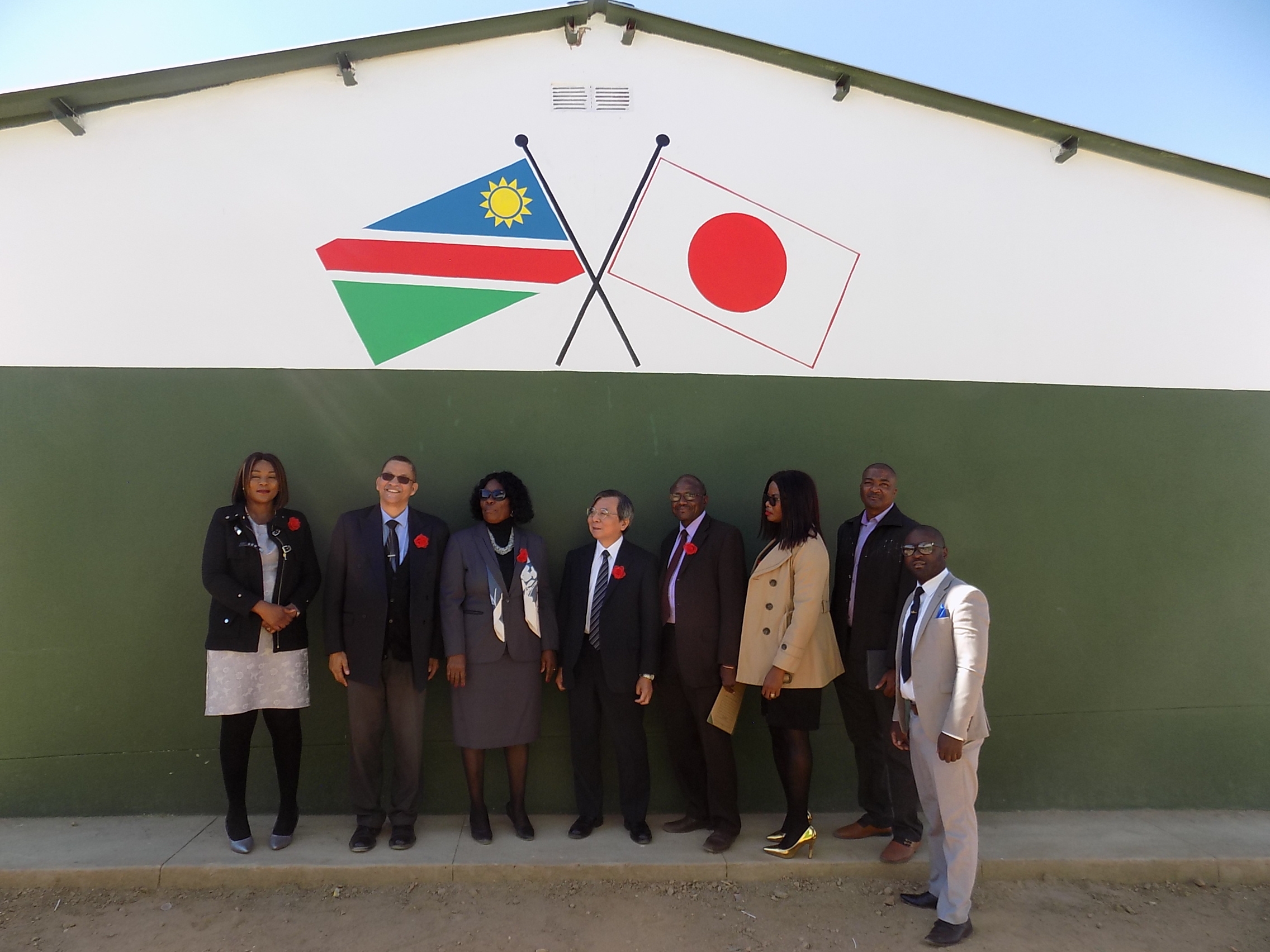 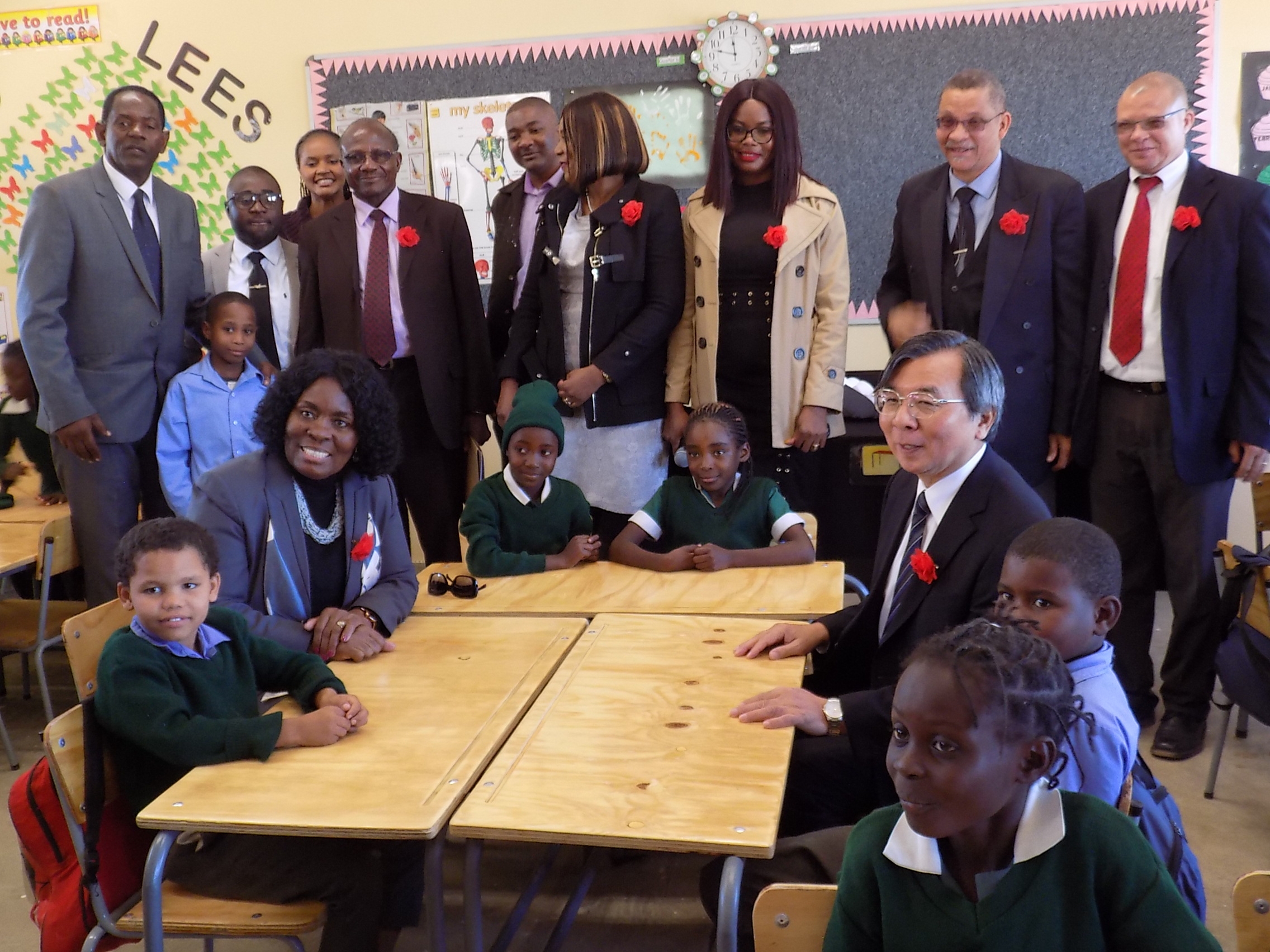 On 6th June 2019, a handover ceremony of a new school block which was funded by the Government of Japan through its Grant Assistance for Grassroots Human Security Projects (GGP) was held at Augeikhas Primary School in Khomas Region. H.E. Mr. Hideaki Harada, Ambassador of Japan, representing the Government of Japan, handed over the facility to Hon. Ms Ester Anna-Lisa Nghipondoka, Deputy Minister of Education, Arts and Culture who represented the Government of the Republic of Namibia.

The grant amounting to NAD 697,096.80 was utilised for building a new school block consisting of four permanent classrooms and one store room. Upon handing over the facility, all the Grade 3 learners started to attend morning sessions in a more conductive educational environment. Assistance from the Government of Japan has contributed to improving the educational environment for learners.